Submitting your writing to a competition is a great achievement in itself – but what happens after you send in your work? Read on to find out more!

We’re delighted to introduce our panel of judges for the 2023 Orwell Youth Prize, which reflects the diversity of genres and styles being welcomed in response to the theme.

When you submit your final entry, it is read by at least two of our volunteer readers, who help us to create a shortlist of the entries which stand out to them as being the most original, well-argued and/or well-written responses to the theme.

We use our readers’ advice to create a final shortlist, which we send to the judges. The judges then select their winners and runners up for the Junior and Senior categories, as well any highly commended entries for a special mention. 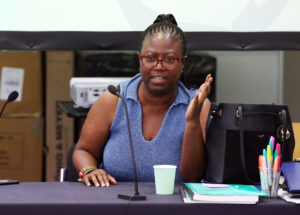 Delia Jarrett-Macauley is the Chair of the Orwell Youth Prize Judging Panel 2023.

Delia is a London-based writer, her family originates from Sierra Leone. This West African country is the setting for her civil war debut novel, Moses, Citizen and Me, which won the 2005 Orwell Prize. Delia’s other notable published work is the biography of Una Marson, a Jamaican poet and BBC broadcaster (1939-1946) who worked alongside George Orwell on literary programmes. Marson’s story is told in the recent BBC drama documentary, Una Marson: Our Lost Caribbean Voice (BBC iPlayer), featuring interviews with Delia. In 2021, Delia chaired the Orwell Prize for Political Fiction. In 2022, she ran a Celebration Day writing workshop for Orwell Youth Prize 2022 shortlisted writers. 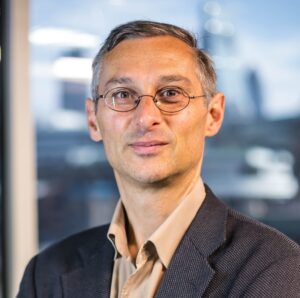 Andrew Jack is global education editor for the Financial Times, writing on educational issues around the world and editorial lead for the free FT schools programme. He was previously head of curated content, deputy editor of the big read section, pharmaceuticals correspondent, and a foreign correspondent in France and Russia. 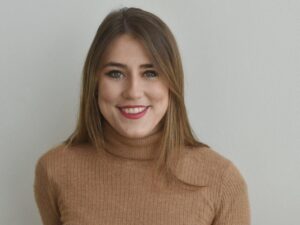 Marianna Spring is the BBC’s first ever Disinformation and Social Media Correspondent. She has worked as a reporter on Panorama, and presented radio programmes and podcasts including War on Truth, Death by Conspiracy and Disaster Trolls. 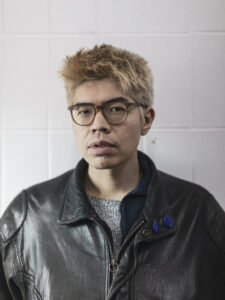 Will Harris is the author of RENDANG, winner of the Forward Prize for Best First Collection. His second book Brother Poem will be published by Granta and Wesleyan in 2023.