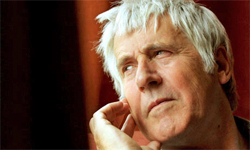 Won for a special report in Private Eye: Not the Scott Report – Thatcher, Major and the Merchants of Death. Paul Foot (1937-2004) was a pioneering investigative journalist who worked for Private Eye, the Daily Mirror and The Guardian. He exposed the Poulson scandal, stood by the Bridgewater Four who were released 18 years after their wrongful conviction in 1978, and wrote a well-received critique on the Private Finance Initiative for Private Eye only a few weeks before his death. A former columnist for the Daily Mirror and The Guardian, Foot was well-known for his socialist views and attacks on Thatcherism, and was a founder member of the Socialist Workers’ Party. Since 2005, the Paul Foot Award has been awarded by Private Eye and The Guardian for investigative or campaigning journalism. Tim Laxton was a journalist, working as an investigative reporter for The Economist from 1998. In June 2007, he joined the investment-management organisation, AKO Capital LLP.