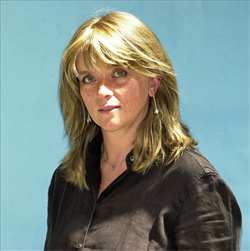 I became a journalist almost by accident. Having learned Russian and been hired after university by Reuters (to my own surprise and the slight dismay of traditionally-minded editors who weren’t sure a Guardian-reading blonde female would be tough enough for the job), I was then catapulted into the adrenaline-charged realm of conflict reporting. While on a trainee assignment in Paris, I fell in with the Cambodian émigré community and ended up reporting in Cambodia myself, a decade after the Khmer Rouge regime ended, as well as covering Cambodian peace talks in places as far apart as Indonesia and Paris. That led to a conflict reporting job in Africa, commuting between Angola and Mozambique and writing about death, destruction, diamonds and disease, and later to a posting in a country that stopped being the Soviet Union three months after I arrived. I spent much of the early 1990s in smoky taxis in the Caucasus mountains, covering a series of small post-Soviet conflicts that built up to the war in Chechnya. As a journalist I’ve written for, among others, The Times and its website, the Los Angeles Times, Prospect, the Times Literary Supplement, The Guardian Saturday magazine, the Daily Mail, the Evening Standard, Eve magazine, The Observer Food Monthly and The Erotic Review. I’ve written six books: four historical novels and two non-fiction books about my experiences as a journalist.