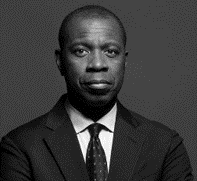 Clive Myrie  is a multi award winning journalist, one of the BBC’s most experienced foreign correspondents and a recognised face as a BBC News presenter. Born in Bolton, Lancashire he studied law at the University of Sussex.​ Clive has served as the BBC’s Asia, Africa, Washington and Europe Correspondent. He has a particular interest in US politics, having covered the administrations of three Presidents (Clinton, Bush and Obama,) and reported on the last seven Presidential races, including most recently the election of Joe Biden. As well as presenting the One, Six and Ten 0’Clock News bulletins on BBC One, and hosting news shows on the BBC News Channel, Clive continues to travel the world as a reporter, and makes features and programmes for Panorama, Newsnight and Radio 4.