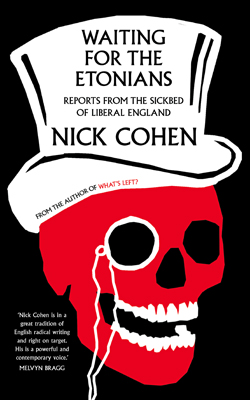 Selected writings from one of the most important commentators of our generation covering the wreckage of Labour’s 10 year love affair with the Right.

By the summer of 2007, Britain was close to crashing. A few onlookers realised the danger, but Britain’s political leaders were not among them. Politicians and civil servants boasted that the City’s economy was booming because of their ‘light-touch regulation’ of workers in financial services whose number included potential frauds. Curiously, they never argued that the inner-city economy might boom if there was ‘light touch regulation’ of workers in the ghettos whose number included potential drug dealers. And artists produced works to match the times. On the same day that Lehman Brothers went bankrupt, the genial Damien Hirst auctioned at Sotheby’s pieces he admitted had been mass produced in his studios and buyers still gave him £100 million. Even the critics did not pretend to be interested in what message, if any, Hirst had for his audience, but reported the sale like business reporters covering a soaring stock.For 10 years New Labour stood cross-eyed in admiration as London was turned into the centre of the financial universe. From the sand bags Nick Cohen has watched as they turned their back on the working class, once the object of Utopian hopes on the Left and unreasonable fears on the Right, and lovingly embraced the upper class, once the object of surly contempt on the Left. In Waiting for the Etonians are gathered his selected writings that cover the span of Labour’s love affair with the Right and the moral hazard that it has culminated in. It is a romance which has not only broken its traditional bond with the working classes and undermined the very values on which the party was founded, but has now left it with little more to do than warm the seat for the next Conservative Prime Minister. 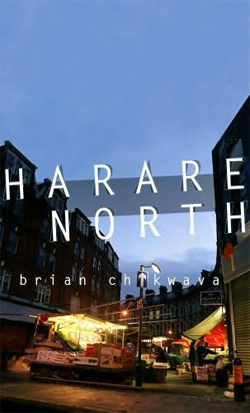 When he lands in Harare North, our unnamed protagonist carries nothing but a cardboard suitcase full of memories and an email address for his childhood friend, Shingi.Finessing his way through immigration, he spends a few restless weeks as the very unwelcome guest in his cousin’s home before tracking down Shingi in a Brixton squat.

In this astonishing, revelatory original debut, Caine Prize winner Brian Chikwava tackles head-on the realities of life as a refugee.This is the story of a stranger in a strange land – one of the thousands of illegal Zimbabwean immigrants seeking a better life in England – with a past he is determined to hide.From the first line the language fizzes with energy, humour and not a little menace.As he struggles to make his life in London (the ‘Harare North’ of the title) and battles with the weight of what he has left behind in a strife-torn Zimbabwe, every expectation and preconception (both his and ours) is turned on its head.The inhabitants of the squat function at various levels of desperation: Shingi struggles to find meaningful work and to meet the demands of his family back home; Tsitsi makes a living renting out her baby to women defrauding Social Services; Alex claims to have an important job in Croydon.

Fearlessly political, laugh-out-loud funny and with an anti-hero whose voice is impossible to forget, Chikwava’s novel is an arresting account of London as it is experienced by the Africa’s dispossessed. 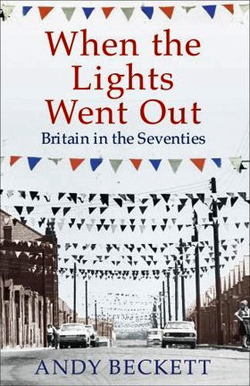 The seventies are probably the most important and fascinating period in modern British political history. They encompass strikes that brought down governments, shock general election results, the rise of Margaret Thatcher and the fall of Edward Heath, the IMF crisis, the Winter of Discontent and the three-day week.

But the seventies have also been frequently misunderstood, oversimplified and misrepresented. When the Lights Went Out goes in search of what really happened, what it felt like at the time, and where it was all leading. It includes vivid author interviews with many of the leading participants, many of them now dead, from Heath to Jack Jones to Arthur Scargill, and it travels from the once famous factories where the great industrial confrontations took place to the suburbs where Thatcherism was created and to remote North Sea oil rigs.

The book also unearths the stories of the forgotten political actors away from Westminster who gave the decade so much of its volatility and excitement, from the Gay Liberation Front to the hippie anarchists of the free-festival movement.

Over five years in the making, this book is not an academic history but something for the general reader, written with the vividness of a novel or the best works of American New Journalism. No such treatment of the seventies has been previously attempted. Hopefully the book will bring the decade back to life in its all its drama and complexity.