We are delighted to be able to announce that the winners of The Orwell Prizes 2022 are:

A Special Prize was awarded to David Collins and Hannah Al-Othman (The Sunday Times) for The Murder of Agnes Wanjiru. All winners receive £3000 and took part in the Awards Ceremony at Conway Hall on Thursday 14th July 2022. Jean Seaton, the Director of The Orwell Foundation, said of the Book Prizes:

Both Sally Hayden and Claire Keegan have, in very different ways, written gripping stories about things that should alarm us: there are awful truths right at the heart of our societies and systems. However, in their wit, elegance and compassion, these powerful winning books also help us think about the choices we make, and how to make the future better. Orwell would be proud.

Without proper reporting we know nothing of our circumstances, yet journalism and journalists are now under threat as rarely before. So treasure this great journalism – forensic, decent and beautifully crafted.

The finalists of The Orwell Prizes 2022 inspired the programming for the Orwell Festival of Political Writing, run in partnership with Substack. With over 20 events programmed at University College London and across Bloomsbury, the festival featured over 50 writers and journalists, many of them Orwell Prize shortlistees, as well as Dominic Cummings, Joshua Yaffa, Ali Smith, Chris Patten and Jess Phillips.

The Orwell Prizes will return in 2023, with judging panels and timetables released in autumn 2022. 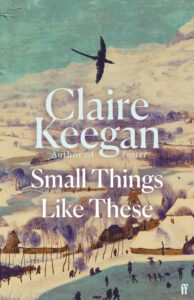 The judges for the 2022 Orwell Prize for Political Fiction are: Dennis Duncan, writer, translator and lecturer in English at University College London; Sana Goyal, writer and deputy/reviews editor at Wasafiri; Adam Roberts (chair of judges), novelist and Professor of Literature at Royal Holloway; and Monique Roffey, writer of novels, essays, literary journalism and a memoir. They said:

The focus of this novella is close, precise and unwavering: a beautifully written evocation of Ireland in the 1980s, precisely rendered; of a good man and his ordinary life; and of the decision he makes that unlocks major, present questions about social care, women’s lives and collective morality. The very tightness of focus, and Keegan’s marvellous control of her instrument as a writer, makes for a story at once intensely particular and powerfully resonant.

The Fourth Time, We Drowned by Sally Hayden (Harper Collins) 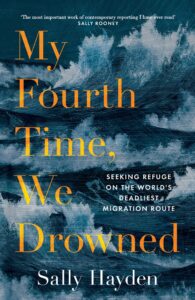 The judges for the 2022 Orwell Prize for Political Writing are: Stephen Bush, columnist and associate editor at the Financial Times; David Edgerton (chair of judges),  Hans Rausing Professor of the History of Science and Technology and Professor of Modern British History at King’s College London; Kennetta Hammond Perry, founding Director of the Stephen Lawrence Research Centre and Reader in History at De Montfort University and Anne McElvoy, broadcaster and is Senior Editor of The Economist. They said:

Hayden’s reporting is an extraordinary exploration of a modern reality using modern means: truly a book of our times. While many people seeking refuge from the terrible logics of repression, war and poverty cannot easily cross frontiers, phone and Facebook messages can. They allow contact with home but are also the means by which ransoms are gruesomely demanded by traffickers.  But they are also the way in which Hayden explores the lives of people stuck under the control of traffickers, militias, the UN, and lets them speak to us as full human beings: hungry, ill, and often doomed in their quest for safety. She gets the terrible truth out to a world that has been far too indifferent. 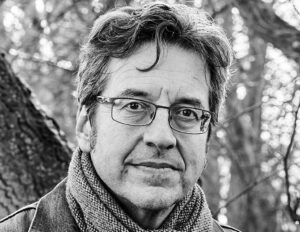 The judges for The Orwell Prize for Journalism 2022 were Isabel Hilton (chair), journalist and founder of China Dialogue, Helen Hawkins, ex-culture editor at The Times, Marcus Ryder, Head of External Consultancies at the Sir Lenny Henry Centre for Media Diversity and chair of RADA, and Sameer Padania, author and independent journalism consultant. Isabel Hilton said:

In the finest tradition of George Orwell’s journalism, George Monbiot draws on a vast reserve of knowledge to write with wit, elegance, forensic insight, and sustained and justified anger about the most important, and most neglected, crisis facing humanity. His targets range from organised crime to criminal political indifference and he leaves us in no doubt about what we must do to survive. 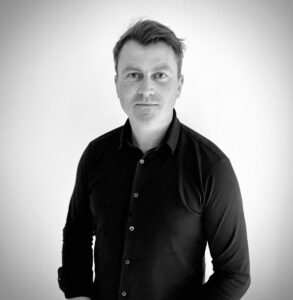 Generously sponsored by the Joseph Rowntree Foundation, The Orwell Prize for Exposing Britain’s Social Evils 2022 was judged by Sophia Parker (chair), Director of Emerging Futures and founder and former-CEO of Little Village, Annabel Deas, investigative journalist at BBC Radio 4 and winner of The Orwell Prize for Exposing Britain’s Social Evils 2021, Jo Swinson, Director of Partners for a New Economy and former Leader of the Liberal Democrats, Kirsty McNeill, Executive Director for Policy, Advocacy, and Campaigns at Save the Children, and Sophia Moreau, a multi-award winning campaigner and Head of Advocacy at Little Village. Sophia Parker said of Ed Thomas’s winning entry, The Cost of Covid – Burnley Crisis:

We thought this was outstanding journalism, bringing humanity and empathy to the unfolding crisis of suffering and destitution that was deepened and extended by the pandemic. As readers we are invited to experience the world through the eyes of the people Ed met in Burnley, and his skillful journalism managed to bring home the depth of the crisis without sensationalising it. While the pieces were focused on Covid, the poverty Thomas’ work revealed is an issue we know is not going away, as destitution continues to rise and the cost of living crisis bites deeper every week. The panel were blown away by Ed’s reporting and we hope this award will encourage journalists to continue to shine a light on to the long shadow that poverty is casting across communities up and down the country.

David Collins and Hannah Al-Othman were also awarded a Special Prize for their entry, The Murder of Agnes Wanjiru. Sophia Parker said:

This investigation exposed, on the front page of the Sunday Times, the culture of impunity in our Armed Forces and how British soldiers stand accused of collusion in a grotesque crime. Through dogged investigation across two continents these reporters have helped her family get closer to the truth of who killed Agnes and revealed violent misogyny and racism among those charged with our protection and defence. Through this deep work the journalists have highlighted the toxic culture within a public institution – a powerful and important theme that journalists need to continue to pay attention to.

This is the fourth year that The Orwell Prize for Political Fiction, sponsored by the Orwell Estate’s literary agents, A. M. Heath, and Orwell’s son, Richard Blair, has been awarded. The prize rewards outstanding novels and collections of short stories first published in the UK that illuminate major social and political themes, present or past, through the art of narrative.

The Orwell Prize for Political Writing (previously, Orwell Prize for Books) is for a work of non-fiction, whether a book or pamphlet, first published in the UK or Ireland. ‘Political’ is defined in the broadest sense, including (but not limited to) entries addressing political, social, cultural, moral and historical subjects and can include pamphlets, books published by think tanks, diaries, memoirs, letters and essays.

The Foundation would like to thank all our partners and sponsors, including the Joseph Rowntree Foundation, Richard Blair, A. M. Heath, The Political Quarterly, and University College London, home of the Orwell Archive, for their support in continuing to make these awards possible. The Foundation would also like to thank Substack for their sponsorship of the Orwell Festival of Political Writing, and the support from the Institute of Advanced Studies in UCL and the Joseph Rowntree Foundation.