She sits on a slightly damp IKEA sofa, head in her hands and feeling it sag under her weight, sighing so deeply her whole body shakes. The sounds of smashing glass punctuate her thoughts. She can’t even remember the elation she felt yesterday, nor the anger of last night, for this new revelation has shaken her to her very core. It beggars belief – not how an entire population can be fooled so easily- but how fragile hope is: once shattered, the shards will always remain, embedded in your skin, hair, crawling inside your very mind, a constant reminder of how easily you were hoaxed.

It had all stemmed from a single fact. The people had no longer trusted their politicians. Or maybe we had never trusted them, and it was only now that the politicians had begun to realise. Either way, at the time it had seemed like the perfect solution. She is drawn back to the day that tiny green light was first seen on national television, and how it had been a beacon of hope that had single-handedly revived an entire population exhausted with mistrust. The hope that had increased the percentage of the population who voted from thirty to almost ninety percent. The hope that had been hailed as the saviour of democracy in the Western world.

And that hope came from a single application: Himmeä. Released in 2021, it employed the use of advanced facial recognition software, drawing on the past examples of Snapchat and Samsung, as well as on their wealth of data. This data was then uploaded and analysed so as to detect and interpret the movement of every facial feature: the twitch of an eyelid, a purse of the lips, the movement of blood; every tell-tale sign that a person was lying, and compiled into a single network that claimed to provide one hundred percent accurate and non-invasive lie detection. And it was to be used exclusively on politicians.

In the first few months after its release, the entire political world was shaken. Britain declared a state of emergency as riots shook the streets of London, the crowds incensed, first by the refusal of their government to follow the examples of their peers and implement the system, and then by the sight of the red light flashing on their Prime Minister’s wrist virtually every time she opened her mouth. It wasn’t that they hadn’t known: everyone had known, but the constant visual reminder and the unwillingness of the establishment to actually do anything about it was jarring. It had turned out that Himmeä was far more sensitive than originally thought; picking up on not only lies but exaggerations, euphemisms, prevarications; essentially rendering political language as a whole, useless. Himmeä had accomplished its purpose; it had provided evidence. But what good was evidence if there was to be no justice? For a while, it seemed as if the world was to collapse under the weight of honesty, but after eight long nights, England’s Prime Minister resigned, and like a phoenix rising from the ashes of a burning country, a new system formed. It was painful, and it was long, but finally, there were MPs that had their communities behind them, a new generation of teenagers who actually trusted their politicians; the world was a better place, and everyone had agreed that it had been worth it. Until now. Until the inevitable loophole that would prove the cynics right once again. Never trust a politician they cried, this is too good to be true. They said that the system could never be reformed by those in power when they had naught to gain. But she hadn’t listened.

It had all happened so fast.

In fact, until half an hour ago, she had never even heard of any allegations of misconduct on part of the British government in Eritrea; that’s how little attention anyone paid to political discourse nowadays. But they had really screwed up this time. She looks again at the viewer count. It’s virtually unreadable the numbers are changing so fast, but there are more than seven digits and it’s climbing. She presses play again, watching her Prime Minister: the man she had voted for, had trusted wholeheartedly, stood outside number ten Downing Street, no podium, no sheath of papers -those too had been left behind in the pre-Himmeä world- under a beautiful blue sky and assured the world -his unflinching gaze finding the camera and holding it – that the British government had never, and would never employ the use of non-human combat forces in an active war zone. He cited international laws and arms agreements, spoke briefly on their limited use of drones and stressed the importance of minimising civilian casualties. His face is resolute, his tone strong and sure, betraying not a hint of uncertainty, almost self-righteous in indignation, but most importantly, the light above his wrist is a gentle green, flashing steadily with his heartbeat. And that terrifies her. She can imagine how many people had watched that speech, glanced at his wrist, and immediately registered his words as fact because that’s exactly what she would’ve done. There was no reason for distrust. Not after everything that had happened. Not after Himmeä.

But they had all been taken for fools. All sixty-two point seven nine million Britons who had voted in the general election had been hoaxed, and they had fallen for it hook, line, and sinker for more than eleven years. Because exactly two hours -down to the second- after the speech had aired, cold, conclusive and simply irrefutable evidence had come to light proving that the government of the United Kingdom were entailing the use of android soldiers in the ongoing conflict in Eritrea, despite the multiple international laws that forbade it. They had been lied to. But they had been made to believe that that was impossible. It was the greatest feat a politician could achieve: to make the masses believe that every word from his mouth was the truth, the whole truth and nothing but the truth, to remove the very word ‘cynic’ from common vocabulary, to make the words ‘politician’ and ‘lie’ completely dissociate.

It didn’t even matter how they had done it. She doesn’t want to know. The flow of information had been contaminated, and her very being crawled with an emotion very near to revulsion at the very thought of ever again believing a word that slithered over his slimy lips. She feels dirty, almost violated, but this is unlike any other violation she has experienced. Others had forced themselves on her, but this was the first time she had been compliant in her own debasement; the first time she had felt mentally defiled like she couldn’t trust her own judgement. How could she have gotten everything so wrong? How could she have been so utterly naive?

And as she sits on a slowly deflating grey sofa, she thinks of a quote she had once heard. ’Can anyone maintain power without lying? It looks to me like living without breathing.’

Hope truly is a dangerous thing and as the night deepens, she can hear the streets coming alight again for the first time in decades. 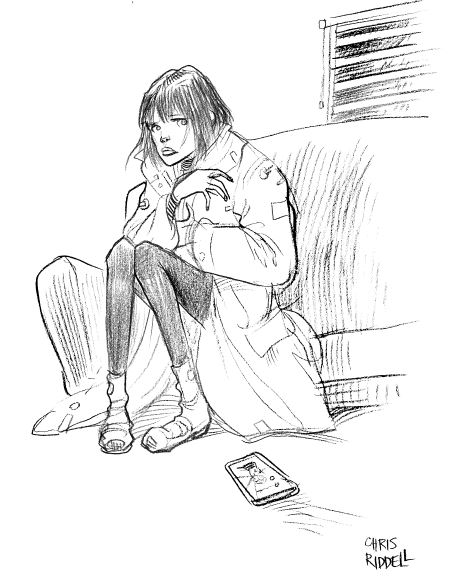