How many people does it take to change (the world)? 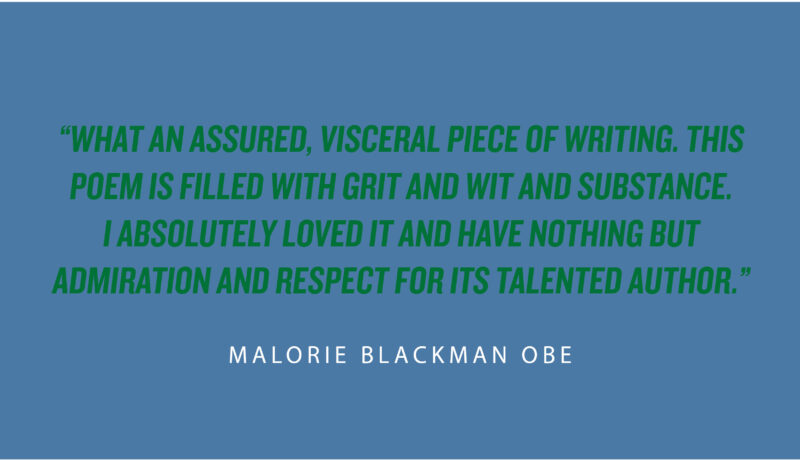 London is burning, and

not for the first time.

It appears that, despite this city’s strange obsession

with umbrellas, its foundations are as flammable

as the first little pig’s house, its people

are an exothermic reaction raging in an unchecked,

Rumour has it that

flames were first sighted in Minneapolis,

through the irrevocable lens of an iPhone,

where a man’s dying words became

but some witnesses claim that

their smoke alarms have been sounding

since 1619, when the tides first brought ships

full of stolen lives onto our horizon.

For the past fifteen days,

children of the first apocalypse

have spilled onto the streets, from households

struggling to domesticate their

You see, I’ve heard that

they take more than 280 characters to narrate

under a trending hashtag.

So you should be careful

of these creatures, their skin is particularly sensitive

to slurs, their ossicles have evolved

to filter out politicians.

They read Noughts and Crosses instead of Middlemarch

They learnt that justice is only balanced on the scales

fall at their feet

and days later, are dredged from river beds

to repent for a history of unspoken sins.

The future of our beautiful, broken planet

is already dust beneath their heels

and maybe that’s a good thing.

This is an excellent take on the political poem; a notoriously difficult form approached with such assurance! There is so much to recommend this poem (from the phrase-making: ‘its people/ are an exothermic reaction’ to the extended metaphor which links fire and revolution). The author might have explored the musical possibilities of words a little more so as to more fully crystallise a sense that this had to be a poem and not another kind of text. In other words what can the sound of the word do to invoke meaning as well as the definition of the word? Nonetheless, a wonderful poem.” Kayo Chingonyi, Orwell Youth Prize Judge

Maya Stokes is a senior 2020 Orwell Youth Prize winner, responding to the theme ‘The Future We Want’.