The Orwell Youth Prize would like to thank its patrons, who support the Prize and make possible its continued existence. They are listed below: Known for her sharp commentary on issues of politics, race and religion, Yasmin Alibhai-Brown won the Orwell Prize for political journalism in 2002 and the Emma Award for Journalism in 2004. She is also a radio and television broadcaster and author of several books including the acclaimed ‘The Settler’s Cookbook: A Memoir of Migration’, ‘Love and Food’ and ‘Who Do We Think We Are? Imagining the New Britain’.

Taken from The Independent Joan Bakewell is an author, broadcaster, journalist, and Labour Party Peer. She has written for several newspapers, and written, presented or produced a variety of television and radio programmes for the BBC. Also the author of several books, Baroness Bakewell became President of Birkbeck College in 2013. 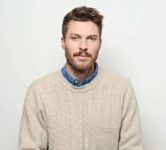 Rick began his career on the standup circuit after graduating with a degree in Natural Sciences from Cambridge University. He now works as a journalist, presenter and screenwriter.

He actively campaigns for youth engagement in politics and voting and, in Summer 2014, delivered a hugely successful TEDx Houses Of Parliament talk offering some solutions to get more young people to vote. His first book, None Of The Above, was subsequently published in March 2015 by Simon & Schuster. In it he describes the basics of the political process in the UK, gives an overview of the issues facing the country, and explains the power of your vote. Since being elected in 1997, David Davis has been the Member of Parliament for Haltemprice and Howden. He was MP for the Boothferry constituency from 1987.

David Davis has been Chairman of the Public Accounts Committee, served as Shadow Home Secretary and more recently as Foreign Office Minister. He is the lead author and editor of The Future of Conservatism: Values Revisited, and one of the UK’s best-known politicians. “As journalist for over 20 years – with spells on The Times, The Financial Times and The Economist – I unearthed the hidden wiring of the constitution and the power of the machinery of government in Britain.

Those themes remained at the heart of my research and teaching at Queen Mary when I moved from journalism to academia in 1992. Since then, it has been my aim to write the history of my own country, in my own times, for academic and public audiences alike.” Helena Kennedy is one of Britain’s most distinguished lawyers. She has spent her professional life giving voice to those who have least power within the system, championing civil liberties and promoting human rights.

She has used many public platforms – including the House of Lords, to which she was elevated in 1997 – to argue with passion, wit and humanity for social justice. She has also written and broadcast on a wide range of issues, from medical negligence to terrorism to the rights of women and children.

Nicolas Kent has directed productions in over 100 theatres around the world including the West End and New York, as well as for notable companies in Great Britain including The National Theatre, The Royal Shakespeare Company, The Royal Court, The Donmar Warehouse, The Hampstead Theatre, the Lyric Theatre Hammersmith and the Young Vic.

He is probably best known for the political work he did at Tricycle Theatre, where the verbatim plays he directed became known as the Tricycle Tribunal plays. He is currently producing a seven play series on OIL for BBC Radio 4, and he is also working with Jemima Khan on four newly commissioned plays on the subject of Drones. Richard Blair is George Orwell’s adopted son, Patron of the Orwell Society and a Trustee of The Orwell Foundation.