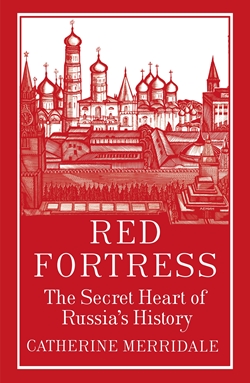 Both beautiful and profoundly menacing, the Kremlin has dominated Moscow for many centuries. Behind its great red walls and towers many of the most startling events in Russia’s history have been acted out. It is both a real place and an imaginative idea; a shorthand for a certain kind of secretive power, but also the heart of a specific Russian authenticity. Catherine Merridale’s exceptional new book revels in both the drama of the Kremlin and its sheer unexpectedness: an impregnable fortress which has repeatedly been devastated, a symbol of all that is Russian substantially created by Italians. The Kremlin is one of the very few buildings in the world which still keeps its original, late medieval function: as a palace, built to intimidate the ruler’s subjects and to frighten foreign emissaries. Red Fortress brilliantly conveys this sense of the Kremlin as a stage set, nearly as potent under Vladimir Putin as it was under earlier, far more baleful inhabitants. Taken from Penguin