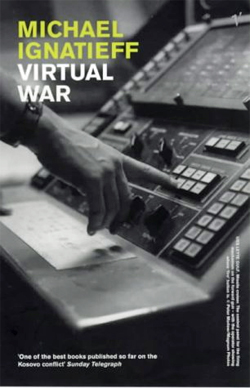 Virtual War: Kosovo and Beyond

In ‘real’ wars, whole nations are mobilised, soldiers fight and die, victories are won. In virtual war, hostilities may not even be declared; the combatants are strike pilots and computer programmers, the watching nation is a television audience and instead of victory there is just an uncertain endgame. Kosovo was a virtual war: fought by pilots at 15,000 feet, commanded by generals whose only view of the battle was through their pilots’ bombing sights, reported by opposing media with competing versions of the damage; a war in which Americans and NATO forces did the fighting but only Kosovars and Serbs did the dying.

Michael Ignatieff has travelled these battle zones for a decade, sending back moving reports and penetrating analysis. Yet Kosovo in 1999 moved armed aggression into a new phase, and in Virtual War he examines this strange, remote type of warfare through the eyes of the key players – the roving diplomat Richard Holbrooke, General Wesley Clark and Louise Arbour, chief prosecutor of the war crimes tribunal – and of the people who suffered. 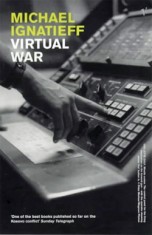