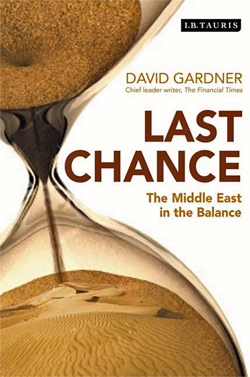 As Barack Obama seeks to chart a new course in American foreign policy, one of the English language media’s most respected authorities on the Arab world, David Gardner, addresses the controversial but urgent question: why is the Middle East so dysfunctional? And what can be done about it? Clear-sighted, never flinching from unpalatable truths, Gardner draws on his acute grasp of history and decades of experience covering the region to look at why conflict, despotism and sectarianism continue to flourish in the Arab world whilst as they decline everywhere else. The ‘Middle East exception’ is, he argues, a product of the West’s own making. By supporting tyrants, fueling the Israeli-Palestinian conflict and demonizing democratically elected Islamist parties, the West in general but specifically America has incubated a region inherently resistant to economic and political reform, and suppurating with resentment. As the Obama administration plans its Middle East policy, Gardner argues for nothing less than a total reappraisal of what realpolitik means. The traditional shibboleths: support Israel, mollify the Saudis, suppress Islamism, simply will not do in the 21st century, he argues.

Both an introduction to the modern Middle East and an impassioned polemic, Last Chance is essential reading for anyone concerned with the future of the region. ‘This book should be in the hand baggage of every one of President Obama’s Middle East negotiators’ – Jon Snow, Channel 4.