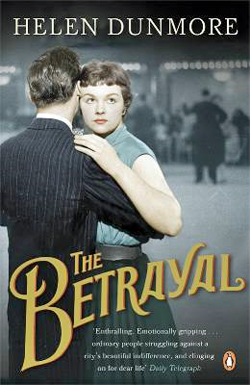 Leningrad, 1952. Andrei, a young hospital doctor, and Anna, a nursery school teacher, are forging a life together in the postwar, postsiege wreckage. But their happiness is precarious, like that of millions of Russians who must avoid the claws of Stalin’s merciless Ministry of State Security. So when Andrei is asked to treat the seriously ill child of a senior secret police officer, he and Anna are fearful. Trapped in an impossible, maybe unwinnable game, can they avoid the whispers and watchful eyes of those who will say or do anything to save themselves?

The Betrayal is a powerful and touching novel of ordinary people in the grip of a terrible and sinister regime, and a moving portrait of a love that will not be extinguished.