From 31st January 2023 subscribers to Orwell Daily will be able follow George Orwell in ‘real-time’ as he makes his famous journey to Wigan Pier.

George Orwell travelled to England’s industrial north between January and March 1936 to report on living and working conditions in the wake of the Great Depression. The result was The Road to Wigan Pier – first half sociological investigation, second half socialist polemic – which was published in March 1937 while the author was in Spain.

In addition to a great deal of research, the book was based on Orwell’s diaries, which begin in Coventry on the 31st January 1936 and end on the 25th March. Orwell Daily subscribers will receive Orwell’s diary entries in real-time, eighty-seven years to the day since they were written, offering a unique insight into a crucial moment in his development as a writer.

The new serialisation follows the success of The Orwell Foundation’s serial of Down and Out in Paris and London, which concluded earlier this month, with thousands of readers receiving Orwell’s classic memoir in daily, ‘bite-sized’ extracts.

The Wigan Pier Diaries will be serialised on the writing platform Substack, which has seen a ‘surge’ of classic serialisations in recent years.

The Orwell Foundation also has a proud history of imaginatively adapting Orwell’s work online: the Wigan Pier diaries were first ‘post-blogged’ by Gavin Freeguard on behalf of The Orwell Prize in 2012. The text will be taken from The Complete Works of George Orwell, edited by the late Peter Davison. The diaries can also be found in George Orwell: Diaries, also edited by Davison and published in hardback by Harvill Secker (for US readers) and in paperback by Penguin.

Orwell Daily is free, although readers may choose to take out a paid subscription to support the Foundation’s work. The material published in the serial remains under copyright and is reproduced by kind permission of Bill Hamilton and the Orwell Estate at A. M. Heath. 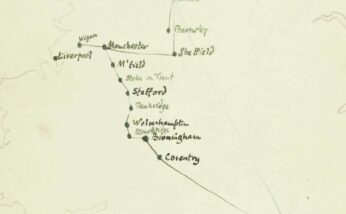