Supporting the next generation of socially engaged young writers and thinkers from across the UK through our prize, resources, workshops and projects.
Enter youth prize
The Orwell Youth Prize
Home   /   The Orwell Youth Prize   /   For teachers   /   Orwell in the Classroom   /   Rudyard Kipling & George Orwell: Stories of Empire

A resource by Sarah Gibbs

Sarah Gibbs recently completed her PhD in English Literature at University College London (UCL). Her doctoral thesis examined print culture and political communication in the works of George Orwell. She is Instruction & Research Librarian at Medicine Hat College, and a Fellow of the Royal Society of Art (RSA).

[In Anglo-Indian families,] [he] was a sort of household god with whom one grew up and whom one took for granted whether one liked him or whether one did not. […] For my own part I worshipped Kipling at thirteen, loathed him at seventeen, enjoyed him at twenty, despised him at twenty-five, and now again rather admire him. George Orwell’s obituary for Rudyard Kipling, New English Weekly, 1936

It is notable that Kipling does not seem to realise […] that an empire is primarily a money-making concern. […] George Orwell, “Rudyard Kipling.” 1942

Kipling is the only English writer of our time who has added phrases to the language.
George Orwell, “Rudyard Kipling.” 1942

For anyone writing on the Raj, that is, the direct rule of India by the British Government from 1858 to 1947, Rudyard Kipling, the “unofficial poet laureate of Empire”, loomed large. George Orwell, the son of an Indian Civil Service member, who, like Kipling was born in India and had served as a British police officer in occupied Burma, was compelled to respond to his famous literary forebearer. Many scholars consider Orwell’s first novel Burmese Days (1934) a cynical riposte to Kipling’s pro-Empire writings. This resource introduces the differences, and similarities, between the authors’ colonial experiences, and the works those experiences inspired. It also examines the limits of Orwell’s anti-imperialism. 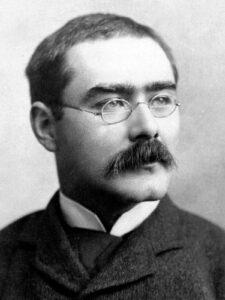 Joseph Rudyard Kipling was born in 1865 in Mumbai (then Bombay), India, and passed what he characterised as an exceptionally happy childhood there. His father, John Lockwood Kipling, was a well-respected expert in Buddhist art. Kipling considered Hindustani to be his first language. The great trauma of his young life occurred in 1871 when he was sent to England for schooling.

Kipling rejoined his parents in India at the age of seventeen and began work as a journalist for the Civil & Military Gazette. He reported for newspapers for over six years. His first book, a collection of satirical verse about official life in India entitled Departmental Ditties, was published in 1886. He returned to England in 1889 to pursue literature full-time.

Although Kipling never again lived there, his best-known works consider the British Raj. His Empire-focused novels and stories became so popular that they furnished the entirety of many people’s knowledge of India. His texts, often humorous, are characterised by Kipling’s fascination for Indian culture, fully endorsed British rule in the country.

Kipling’s masterpiece is Kim (1901), the story of Kimball O’Hara, an Irish orphan raised in the backstreets and bazaars of Lahore. The author wrote to Charles Eliot Norton in 1900:

I’ve nearly done a long leisurely Asiatic yarn in which there are hardly any Englishmen. It has been a labour of great love and I think it a bit more temperate and wise than much of my stuff.

The critics agreed. The narrative, which portrayed India under British rule as both protected and prosperous, won universal praise. Even Henry James was moved to declare in a letter to Kipling, “[T]he beauty, the quantity, the Ganges-flood leave me simply gaping as your procession passes.” 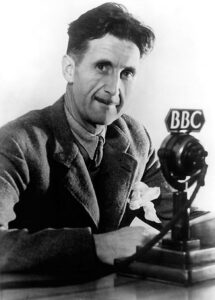 Orwell was born in Motihari, Bengal in 1903 but, unlike Kipling, he developed no enduring early connections to India and at the age of one, he relocated to England with his mother and sister. While Kipling’s highly educated and cultured family had access to the upper echelons of society in the Raj, Orwell’s father was an official in the ignoble Opium Department, responsible for the state sanctioned drugs trade.

Though the young Orwell, then Eric Blair, was an active reader and won a scholarship to Eton, he became an indifferent student, and was not recommended for university admission. In 1922, he sailed to Burma, where he would spend five years in the Indian Imperial Police.

During his colonial service, Orwell traversed Burma, working in six different locations. His duties included overseeing ammunition and equipment stores, managing the investigation of minor crimes, supervising night patrols, and organising the local police stations and training schools. From his subsequent writings, although he never confirmed it, we can also conclude that he participated in the executions of prisoners. Orwell contracted dengue fever at his final posting and returned to England in 1927 on medical leave. While at home with his family, he resigned his commission. He wrote in “Shooting an Elephant” (1936) that his time in the police force had shown him the “dirty work of Empire at close quarters”; the experience made him a lifelong foe of imperialism.

QUESTION: Think about the difference in Orwell’s and Kipling’s personal experiences within the British Raj. Before you read, imagine how this might shape their viewpoints of Empire.

The Limits of Orwell’s Anti-Imperialism

And it was at this moment, as I stood there with the rifle in my hands, that I first grasped the hollowness, the futility of the white man’s dominion in the East. […] [W]hen the white man turns tyrant it is his own freedom that he destroys. “Shooting an Elephant.” 1936

For five years I had been part of an oppressive system, and it had left me with a bad conscience. Innumerable remembered faces–faces of prisoners in the dock, of men waiting in the condemned cells, of subordinates I had bullied and aged peasants I had snubbed, of servants and coolies [sic] I had hit with my fist in moments of rage […] haunted me intolerably. I was conscious of an immense weight of guilt that I had got to expiate. The Road to Wigan Pier, 1937

Hitler is only the ghost of our own past rising against us. He stands for the extension and perpetuation of our own methods, just at the moment when we are beginning to be ashamed of them. Notes on the Way. Time and Tide, 30 March 1940

While Orwell acknowledged the unjust and exploitative character of imperialism (as seen in the quotes above), his condemnation of Britain’s Empire did not always generate in him a corresponding sympathy for indigenous peoples suffering under it. Professor Douglas Kerr, who has written extensively on Orwell’s colonial experiences and works, identifies a number of limitations to the author’s anti-imperialist attitudes.

Burmese Days is thoroughly Eurocentric, a novel of colonial life squarely centred on the experiences of an English timber merchant, John Flory, a member of a small European community in a town in Upper Burma. It rarely enters the private life or the consciousness of local people. Flory has an Asian mistress, an Asian friend, and an Asian enemy, but virtually all the novel’s action is focused through his European consciousness. (151)

In Orwell’s Empire-focused novel and essays, indigenous characters are under-developed, and peripheral to narratives of European experience. Furthermore, he notes in “Law and Race in George Orwell” (2017) that Burmese Days fails to engage with the racial hierarchies that allow John Flory, a civilian, to command Indian army officers in a moment of civil strife; the novel relies on the assumption that the white man or “sahib” will always be in control (312). According to Kerr, the text does not support imperialism, but neither does it endorse Burmese independence. 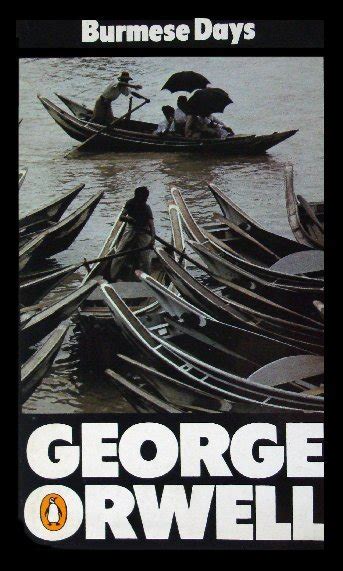 QUESTIONS FOR DEBATE AND DISCUSSION