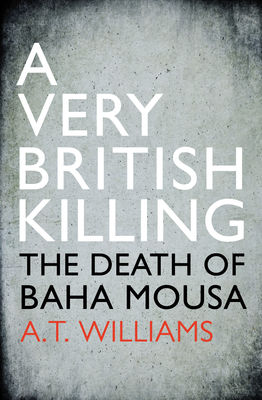 A Very British Killing: The Death of Baha Mousa

On 15 September 2003 Baha Mousa, a hotel receptionist, was killed by British Army troops in Iraq. He had been arrested the previous day in Basra and was taken to a military base for questioning. For forty-eight hours he and nine other innocent civilians had their heads encased in sandbags and their wrists bound by plastic handcuffs and had been kicked and punched with sustained cruelty.   A succession of guards and casual army visitors took pleasure in beating the Iraqis, humiliating them, forcing them into stress positions in temperatures up to 50 degrees Centigrade, and watching them suffer in the dirty concrete building where they were held. Other soldiers, officers, medics, the padre, did not take part in the violence but they saw what was happening and did nothing to stop it. Some knew it was wrong. Some weren’t sure. Some were too scared to intervene. But none said anything or enough until it was far too late and Baha Mousa had been beaten to death.

This book tells the inside story of these crimes and their aftermath. It examines the institutional brutality, the bureaucratic apathy, the flawed military police inquiry and the farcical court martial that attempted to hold people criminally responsible. Even though a full public inquiry reported its findings into the crimes in September 2011, its mandate restricted what it could say. The full story, told with the power of a true-crime expose or court-room drama, shows how this was not simply about a few bad men or ‘rotten apples’. It shines a light on all those involved in the crime and its investigation, from the lowest squaddie to the elite of the army and politicians in Cabinet. What it reveals is devastating.