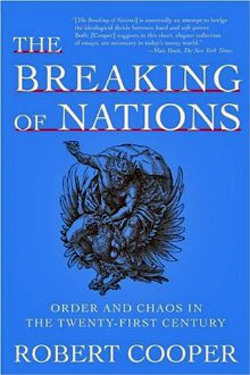 The Breaking of Nations: Order and Chaos in the Twenty-First Century

When communism collapsed in 1989 there was a fundamental change in the European state system. This landmark book presents a radical interpretation of the new international order. Many of what Cooper calls ‘post-modern’ states, including the EU and Japan, operate on the basis of openness, law and mutual security. The United States, Cooper shows, has yet to decide whether to embrace the ‘post-modern’ world of independence, or to pursue unilateralism and power politics. The key question is how these states should deal with a world in which terrorists ignore borders and the familiar certainties of the Cold War alliances no longer exist. He argues theat Europeans have to be prepared to use the rougher methods of an earlier era – force, pre-emptive attack, deception – if they are serious about safeguarding the stability they have achieved.

The Breaking of Nations is required reading for those seeking to understand the uncertain times in which we live.