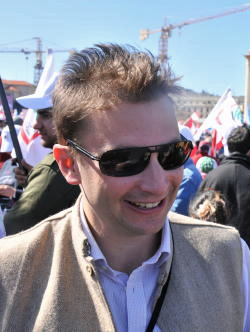 Jonathan Foreman is an Anglo-American journalist and film critic. He was film critic for the New York Post (before being sent to cover the Iraq War in 2003) and has written for, among many, The New Yorker, The National Review, and the Daily Telegraph. He is Standpoint‘s Writer-at-Large.