Supporting the next generation of socially engaged young writers and thinkers from across the UK through our prize, resources, workshops and projects.
Enter youth prize
The Orwell Youth Prize
Home   /   The Orwell Youth Prize   /   For teachers   /   Orwell in the Classroom   /   We’re not (just) playing, the politics of games

“In our age there is no such thing as “keeping out of politics.” All issues are political issues, and politics itself is a mass of lies, evasions, folly, hatred, and schizophrenia.”
– George Orwell

After a tantalising build up, an indie game adaptation of George Orwell’s Animal Farm has just been released, and the Orwell Foundation office is excited about it. Aside from the tension and dark beauty of the games graphics and the close alignment to the original story, we’re excited because the game’s release has got us thinking hard about the power and potential of video games to help us shape and reflect on politics and the society we are a part of. With our expertise firmly grounded in the literary, we consulted Imre Jele, the designer of ‘Orwell’s Animal Farm Game’ and lifelong Orwell fan, to find out more about the how the idea for the game developed, his perception of the intersection between gaming and politics more broadly, and how the Orwell Youth Prize might be able to spur new thinking in this dynamic form. 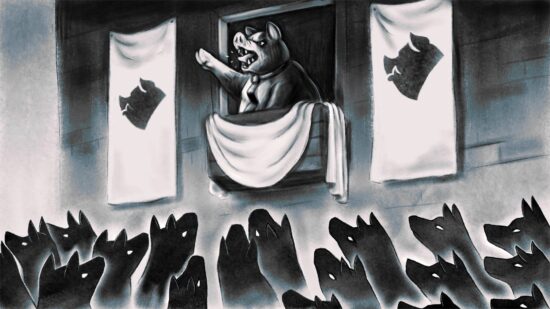 For Imre, the potential of Animal Farm crosses the personal, the political and the very structure of this globally treasured novella. Growing up in a communist country, he explained that the book was given to him by his grandparents as a child. As he grew older, he began to recognise the power and resonance of the allegory for his own life and those around him. Beyond the personal relevance, Imre cites the form of Animal Farm as a key inspiration, the book is ‘an ensemble of characters’ with ‘lots of hooks you can hang gaming storylines on. Furthermore, the farmyard setting, the mechanics of agriculture, ideas of growth and the changing seasons, are all devices that lend themselves to interpretation within a game without diverging too far from the original story. Finally, and perhaps most key, is the ongoing literary power and political relevance of Animal Farm, as Imre wittily puts it, ‘right now we’re facing the same issues of power that Animal Farm confronts and explores but this time with an HD screen and WIFI’. It is his hope that the game may spur players to ask questions of the society we’re currently in. For him, being a catalyst for new ways of seeing the world is the ultimate creative goal.

Playing with the mechanics of government

Given Animal Farm’s story and roots, its new interpretation in game form is undoubtedly political, but what other political games are out there? Imre told us that the term ‘political games’ is misleading: there are endless ways to define ‘political’. We found out that in some games, the ‘politics’ are obvious, for example in ‘Democracy’ you are in charge of a government, embroiled in the mechanics of governing. The introduction to ‘Democracy’ asks, temptingly:

Have you ever wanted to be president? or prime minister? Convinced you could do a better job of running the country? Let’s face it, you could hardly do a worse job than our current political leaders. Crime, Unemployment, National Debt, Terrorism, Climate Change…Have you got the answers to the problems that face western industrialized nations? Here is your chance to find out…

The intricacies of the political system modelled within ‘Democracy’ mean it has even been used by political scientists, and reviewers have argued that playing the game does much more than a citizenship lesson for helping us understand the balance and tensions of governing. Other games such as ‘Tropico’ similarly engage the player in tough decision making. In ‘Tropico’ you are responsible for managing an island and ultimately building a country, from scratch. In short, and perhaps troublingly, you become a dictator. However, the game includes a heavy dose of satire and some absurd scenarios, meaning the player has more distance from the social issues of our everyday. 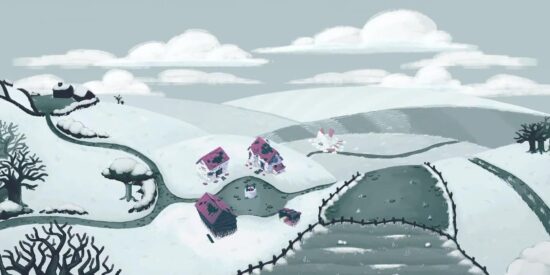 Beyond the mechanics of government and nation building, other games take on explicitly political themes, a particularly successful example being the indie game ‘Papers, Please’, where the player becomes an immigration inspector controlling the flow of people entering the fictional communist state of Arstotzka. As the name indicates, it is your role to inspect the documents provided by travellers and determine their fate. Part of the game’s appeal is the way it forces you to confront complicated moral and ethical dilemmas. While Arstotzka is a fictional country, debates around immigration practice and procedure are ever-present. Though games like ‘Papers, Please’ provide new ways into these issues, we might also reasonably ask how far encountering them in a game helps us to understand them in real life, which will inevitably be more complicated.

Imre told us that there is a danger around the reception of political games such as ‘Papers, Please’ being seen to be a political platform with an explicit message. He challenges that idea, arguing that while ‘Papers, Please’ is political given its entanglement with ideas of oppression and national borders, it is not a game tied to a particular political ideology.

For Imre, the more pressing problem is around the politics of representation and maintaining the development of progressive games that defy gaming stereotypes. Gaming, like any community around an artform, is a broad and diverse one.  However, this community is particularly active, filled with passion and passionate views about the best types of games and where gaming is going. Imre noted that a section of the gamer community upholds the view that ‘gaming is for fantasy’ and so oppose games grounded in a complex reality, and sometimes even those that challenge common racial or gender stereotypes. On a day-to-day level, this can manifest in new progressive games being ‘review bombed’ on gamer sites, where the tag ‘political’ has become a negative one – Imre likens this to a kind of cancel culture and emphasised that it is a real challenge, if gaming wants to grow as an artform.

Where Imre is clear, and where we agree, is that gaming and game development is fertile ground for thinking about politics and society. So many of the innovative games that Imre champions are about social interactions, the impact of the individual and the consequences of decision making, covering activity such as managing the news (‘Not For Broadcast’) or running a small factory town (‘For the People’). The Orwell Foundation believes in the power of young people’s ideas communicated creatively and we know that fiction and storytelling enable us to think about society in new ways.

Thinking about the construction of gaming concepts and narratives shifts the perspective and possibilities of storytelling. The decisions of the player determine the storyline and often open up multiple futures. Gaming gives a more active role to the player (‘reader’) than other forms. The effect is complex, but clearly opens up new opportunities for experimentation.

This year, we will be inviting young people to enter ‘game designs’ into the Orwell Youth Prize. As with all the forms we encourage entrants to experiment with, we are asking for game designs which respond to our theme. We won’t ask you to create a perfectly polished design, but for a brief summary of a game’s setting and mechanics that asks original questions and sets up creative scenarios that respond to our 2021 theme (to be announced later this month). More detailed submission advice will be available shortly. But for now, you can find more information and reading below. 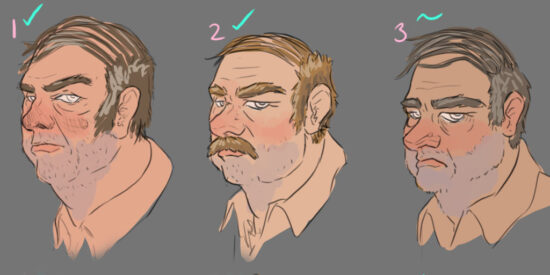