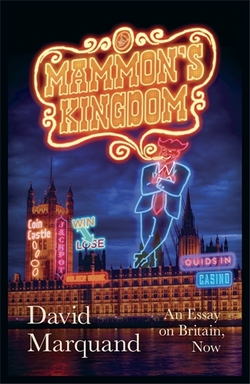 The follies and failures of bankers, regulators and governments have loomed large in public debate over the past five years. In this passionate and hard-hitting book, David Marquand digs deeper. At the heart of our predicament, he argues, lies a profound crisis of our moral economy, our public culture and our democracy. The empire of money has grown remorselessly for three decades, narrowing the space for a common life without which democratic institutions are empty shells. Increasingly, worth is equated with wealth and greed is thought to be good. Inequality has soared as a narrow elite of the super-rich has raced away from the rest of us. Humiliation at the bottom of the pile is matched by callous indifference at the top. The better angels of our nature survive, but they have taken a heavy hit. We are sleepwalking towards a seedy barbarism. The long struggle to master markets and curb property rights in the public interest – a struggle waged by leaders of all the main political families of our history, whether conservative, liberal and socialist or social-democratic – has gone into reverse. The language of the public interest is rarely heard; the notion that the common good should take precedence over individual appetites has virtually disappeared from political discussion. Public trust, essential for properly functioning markets as well as for democratic rule, has plummeted. The fetish of ‘free choice’ has mutated into an unsought communal fate. Marquand’s message is plain: we cannot go on as we are. He sets out the framework of a new public philosophy, based on the values of stewardship, democratic dialogue, civic engagement and freedom from humiliation, to spring the trap into which we have stumbled. Taken from Penguin