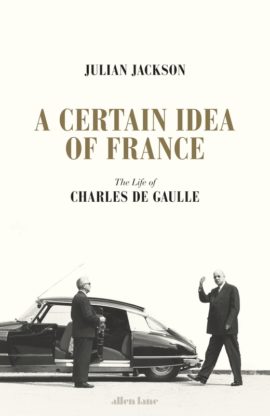 A Certain Idea of France

Julian Jackson is Professor of History at Queen Mary, University of London and one of the foremost British experts on twentieth-century France. His previous books include France: The Dark Years, 1940-1944, which was shortlisted for the Los Angeles Times History Book Award, and his celebrated The Fall of France, which won the Wolfson History Prize in 2004. He is a Fellow of the British Academy and Commandeur dans l’Ordre des Palmes Académiques.