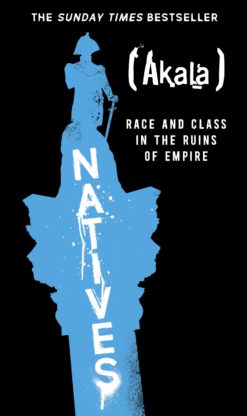 Natives: Race and Class in the Ruins of Empire

Akala is a BAFTA and MOBO award-winning hip-hop artist, writer, political commentator and social entrepreneur, as well as the co-founder of The Hip-Hop Shakespeare Company. An internationally renowned musician, Akala has led innovative projects in music, education and the arts internationally. More recently known for his compelling lectures and journalism – he has been awarded an honorary degree from Oxford Brookes University and the University of Brighton, written for the Guardian, Huffington Post and the Independent, appeared on Channel 4, ITV, MTV and the BBC, and spoken for the Oxford Union and TEDx. Natives, his book on race and class in Britain, has been shortlisted for the Jhalak Prize and the James Tait Black Prize.