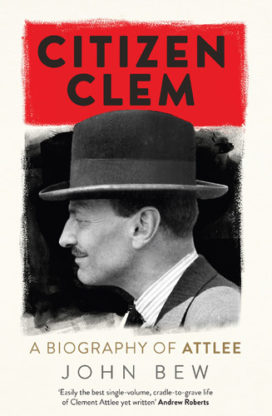 The story of Attlee is also much more dramatic than he himself ever made out – and not without an element of heroism. Here was a man born in the governing class who devoted his life to the service of the poor; who was carried off the battlefield three times in the First World War; who stood shoulder to shoulder with Churchill at Britain’s darkest moment, and then triumphed over him at the general election of 1945. His government of 1945-51 included Ernest Bevin, Herbert Morrison and Nye Bevan and was the most radical in history, giving us the NHS, National Insurance, NATO and the atomic bomb. In many ways we still live in a world of Attlee’s creation. This book will pierce the reticence of Attlee and explore the intellectual foundations and core beliefs of one of the most important figures in twentieth-century British history, arguing that he remains underappreciated, rather than simply underestimated. It will reveal a public servant and patriotic socialist, who never lost sight of the national interest and whose view of humanity and belief in solidarity was grafted onto the Union Jack.