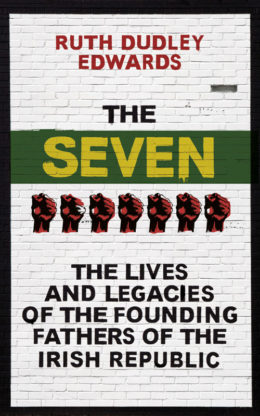 On Easter Sunday, 23 April 1916, the seven members of the Irish Republican Brotherhood’s military council met to proclaim an Irish Republic with themselves as the provisional government. After a week of fighting with the British army on the streets of Dublin, the Seven were arrested, court-martialled and executed.

Cutting through the layers of veneration that have seen them regarded unquestioningly as heroes and martyrs by many, Ruth Dudley Edwards provides shrewd yet sensitive portraits of Ireland’s founding fathers. She explores how an incongruous group, which included a communist, visionary Catholic poets and a tobacconist, joined together to initiate an armed rebellion that changed the course of Irish history. Brilliant, thought-provoking and captivatingly told, The Seven challenges us to see past the myths and consider the true character and legacy of the Easter Rising.