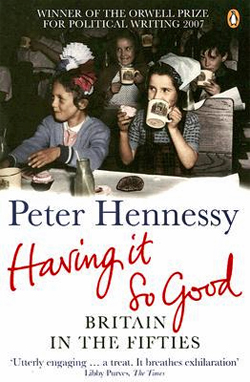 Having It So Good: Britain in the Fifties

Having It So Good evokes Britain emerging from the shadow of war and the privations of austerity and rationing into growing affluence. Peter Hennessy takes his readers into the front-rooms where the Coronation was watched on television, to the classrooms and now coffee bars of 1950s Britain – and also into the secret Cabinet rooms in which decisions about the British nuclear bomb were taken and plans made for the catastrophe of nuclear war. He brings to life the ageing Churchill, in his last faltering spell as Prime Minister, the highly-strung Anthony Eden taking his country to war in the teeth of American opposition and world opinion, and the rise of ‘Supermac’ Harold Macmillan, gliding over problems with his Edwardian insouciance.

Above all, Having It So Good captures the smell and the flavour of an extraordinary decade in which affluence and anxiety combined to produce their own winds of change.

A marvellous history which seamlessly places high, intimate political history of the 50s, nuclear planning, Suez, and its characters in the context of British holidays and ice-cream. It re-invents history, all exuberantly done in Peter’s inimitable voice. 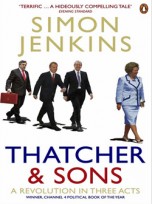 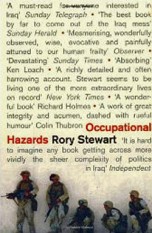 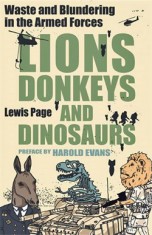 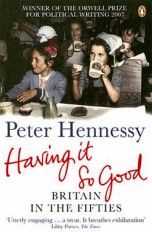 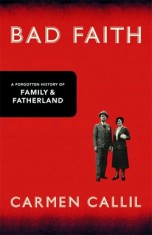 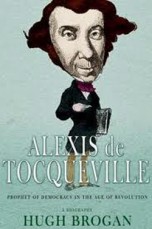