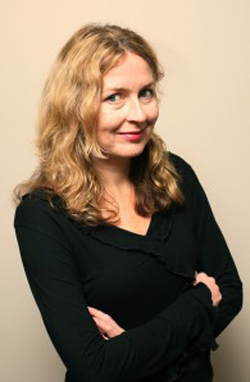 Writer and columnist, The Independent

Christina Patterson is a writer, broadcaster and columnist. She writes about politics, society, culture, books and the arts. She has interviewed writers and artists ranging from Martin Amis to Eddie Izzard and Werner Herzog, and did the first interview after he left office with Gordon Brown. A former director of the Poetry Society, and literary programmer at the Southbank Centre, she has written for the Observer, the Sunday Times, the Guardian, Time, the Spectator and the New Statesman. She’s a regular commentator on radio and TV news programmes, a regular reviewer on the Sky News press preview, and a regularguest on cultural programmes including BBC 2′s The Review Show. She has also campaigned to improve standards in nursing in a series of articles in The Independent, by speaking at conferences, and in programmes she has made, including a documentary for Radio 4 and a film for The One Show. After 10 years on the staff of The Independent, she is now freelance.

The nurses who taught an ailing hospital how to care A crisis in nursing: Six operations, six stays in hospital – and six first-hand experiences of the care that doesn’t care enough More nurses, better paid than ever – so why are standards going down? How can a profession whose raison d’être is caring attract so much criticism for its perceived callousness? Does nursing need to be managed differently? Or is the answer to develop a new culture of compassion? Reforms in the 1990s were supposed to make nursing care better. Instead, there’s a widely shared sense that this was how today’s compassion deficit began. How did we come to this? Anne Milton: ‘We need to raise the bar’