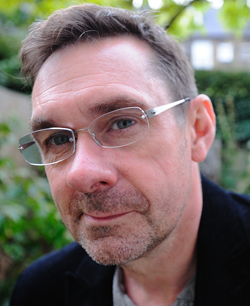 Paul joined the BBC in 2001, making his first live appearance on the day of 9/11. He covered the corporate scandals that followed: Enron and Worldcom. His groundbreaking reports on the rise of China as an economic power won him the Wincott Award in 2003. He has covered stories as diverse as Hurricane Katrina, gang violence on Merseyside, the social impact of mobile phones in Africa and the rise of Aymara nationalism in Bolivia. Paul was one of the BBC’s first bloggers and has twice been nominated for the Orwell Prize. He covered the collapse of Lehman Brothers live from outside its New York HQ and, “has hardly stopped for breath since then”, reporting on the social and economic impact of the global meltdown from the mean streets of Gary, Indiana to the elite salons of Davos. Born in Leigh, Greater Manchester, in 1960 he studied music and politics at Sheffield University, switching to journalism in the early 1990s. He is the author of two books: Live Working or Die Fighting, How the working class went global; and Meltdown: The end of the age of greed. Taken from the BBC

Love or nothing: The real Greek parallel with Weimar Timon of Athens: the power of money Spain: Simmering anger in Seville The growing demand for food banks in breadline Britain Behold, the British establishment, panicked Abortion is key US political flashpoint as laws tighten