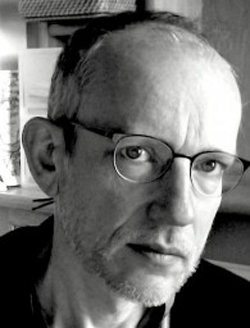 James Meek has written for a number of newspapers and magazines, and is currently a contributing editor to the London Review of Books. He published his first short stories in the early 1980s, while a student at Edinburgh University. His first novel, McFarlane Boils The Sea, was published in 1989. Since then he has published six more works of fiction: Last Orders (stories, 1992) Drivetime (a novel, 1995) The Museum Of Doubt (stories, 2000) The People’s Act of Love (a novel, 2005) We Are Now Beginning Our Descent (a novel, 2008) and The Heart Broke In (2012). People’s Act, which was published in thirty countries, was longlisted for the Booker Prize and won the Royal Society of Literature Ondaatje prize and the Scottish Arts Council book of the year prize. Descent won the 2008 Le Prince Maurice Prize. The Heart Broke In was shortlisted for the 2012 Costa Prize. Taken from JamesMeek.net

How We Happened to Sell Off Our Electricity Human Revenue Stream In Oxford, Mississippi The Debt Quilt Diary Short Cuts