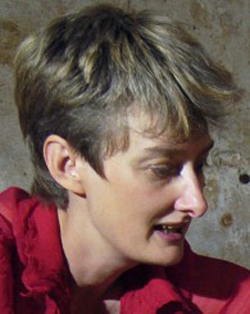 Clare Sambrook is a freelance, and a current contributor to openDemocracy, Private Eye and The Guardian. In 2010 Clare won both the Paul Foot Award and the Bevins Prize for outstanding investigative journalism for her work exposing government attempts to mislead Parliament and the public about the forcible arrest and detention of asylum-seeking families. With six friends she co-founded the citizens’ campaign End Child Detention Now. Her acclaimed debut novel, Hide & Seek, came out in more than a dozen languages in 2005, becoming a New York Times editor’s choice and a Daily Mail book club selection.

The UK Border Agency’s long, punitive campaign against children (helped by G4S and Serco) How many children secretly deported under UK Border Agency’s Gentleman’s Agreement? UK policymaking outsourced: the curious case of adoption reform Corporate Power stamps its brand on British Policing Who should investigate murder — the police, or a private security company? A child, a bleeding anus, interrogation by the UK Border Agency