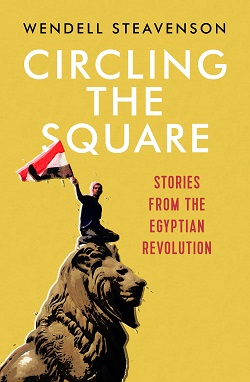 In January 2011, as the crowds gathered to protest Mubarak’s three decades of rule in Egypt, Wendell Steavenson went to Cairo to cover the story. But the revolution defied historical precedent, and it defied the templates of storytelling. There was no single villain, no lone hero, no neat conclusion that wouldn’t be overturned the next day. Tahrir Square changed its moods like the weather; fickle, violent, hopeful, carnival.

As she walks among the tents and the tanks, falling into conversation, sharing cigarettes and cold soda, Steavenson tells the story of a seismic historical moment as it is experienced by ordinary citizens. Here, we meet a young man from the slums with his homemade pistol; a seasoned observer who gives up on analysis; a leader who doesn’t want to lead thrust uncomfortably into the spotlight; a Muslim Brotherhood politician trying to smooth over a restless parliament; and a military intelligence officer convinced that only the army can save Egypt.

Steavenson captures the cacophony of dizzying events as protests and elections ebbed and flowed around the revolution, tipping it towards democracy and then back into the military’s hands. Mixing reportage and travelogue, Circling the Square shows how the particular and the personal can illuminate more universal questions: what does democracy mean? What happens when a revolution throws everything up in the air?

Taken from and read more at Granta.