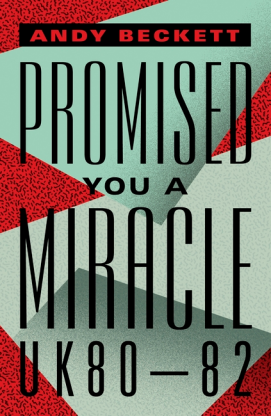 Promised You a Miracle

A vivid, seminal portrait of early 1980s Britain: a period that changed Britain forever The early 1980s in Britain were a time of hope, and of dread: of Cold War tension and imminent conflict, when crowds in the street could mean an ecstatic national celebration or an inner-city riot. Here, Andy Beckett recreates an often misunderstood moment of transition, with all its potential and uncertainty: the first precarious years of Margaret Thatcher’s government. By the end of 1982, the country was changing, leaving the kinder, more sluggish postwar Britain decisively behind, and becoming the country we have lived in ever since: assertive, commercially driven, outward-looking, often harsher than its neighbours. Taken from www.penguin.co.uk