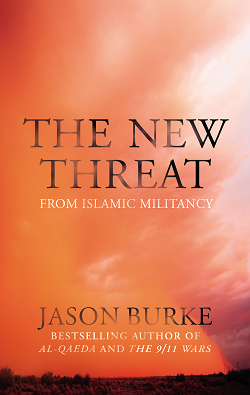 The New Threat from Islamic Militancy

In The New Threat renowned expert and prize-winning reporter Jason Burke provides the clearest and most comprehensive guide to Islamic militancy today.

From Syria to Somalia, from Libya to Indonesia, from Yemen to the capitals of Europe, Islamic militancy appears stronger, more widespread and more threatening than ever. ISIS and other groups, such as Boko Haram, together command significant military power, rule millions and control extensive territories. Elsewhere Al-Qaeda remains potent and is rapidly evolving. Factions and subsidiaries proliferate worldwide, and a new generation of Western Jihadists are emerging, joining conflicts abroad and attacking at home. Who are these groups and what do they actually want? What connects them and how do they differ? How are we to understand their tactics of online activism and grotesque violence?

Drawing on almost two decades of frontline reporting as well as a vast range of sources, from intelligence officials to the militants themselves, renowned expert Jason Burke cuts through the mass of opinion and misinformation to explain dispassionately and with total clarity the nature of the threat we now face. He shows that Islamic militancy has changed dramatically in recent years. Far from being a ‘medieval’ throwback, it is modern, dynamic and resilient. Despite everything, it is entirely comprehensible.

The New Threat is essential reading if we are to understand our fears rather than succumb to them, to act rationally and effectively, and to address successfully one of the most urgent problems of our time.

Taken from and read more at Penguin.