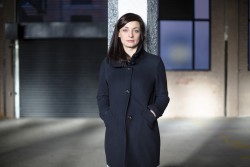 It’s Britain’s housing benefit scandal. Nine billion pounds of taxpayers’ money goes to private landlords every year in housing benefit. It should help some of the country’s poorest people secure decent housing, but rogue landlords are milking the system while their tenants live in squalor. In a documentary described by the housing charity Shelter as a “masterpiece” and “the best expose of this issue” yet, Alys Harte investigated some of the country’s worst landlords – and the vast sums of money they’ve been getting from the UK taxpayer. Undercover filming and amateur footage obtained by Panorama uncovered properties with cockroach infestations, leaking raw sewage, chronic damp, cell-like rooms, and lethal fire hazards. Working with Director/ Producer Jonathan Coffey and Executive Producer, Andrew Head, this was Alys Harte’ s first film as reporter for Panorama. In recent years, Alys has made documentaries on subjects including illegal dumping and organised crime in Northern Ireland, access to abortion services in Ireland, female violence, and riots resulting from loyalist marching bands in Belfast. She has worked as a journalist in television current affairs at the BBC for eight years.