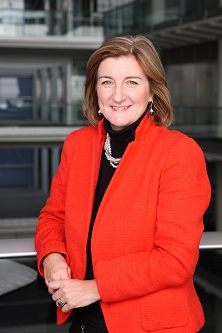 This exclusive story had huge implications in relation to the DWP’s Work Capability assessments. ITV News’ story revealed the DWP procedure to assess 60 year old Michael O’Sullivan failed to follow correct procedure and several red flags which should have been picked up to alert the assessors to his serious mental health condition were missed leading to tragic consequences. Penny revealed that for the first time a coroner had directly linked a death to the DWP’s Work Capability Assessment. A significant finding. ITV News also revealed a leaked confidential DWP document showing the department’s response to the coroner which clearly showed the DWP admitting to its failings. Penny‘s story included an exclusive, moving interview with Mr O’Sullivan’s daughter, Anne Marie, who had never spoken about this before. It uncovered the failings by the DWP and the assessment and shone a light on this hugely important issue of how the DWP deals with people with mental health problems and the need to assess people with mental health problems sensitively, carefully and responsibly. MIND, a leading charity supporting people with mental health problems, praised ITV News’ work and called for an overhaul of the WCA.  The coverage led to the DWP admitting their fault publicly which they had never acknowledged before. Additional reporting by Disability News Service