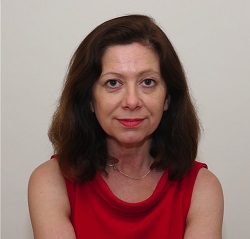 Producing babies for the care system: breaking the cycle, BBC

I have been reporting from the Family Courts since 2009, when journalists were first allowed in to hear cases. In 2011 I first came across the problem of mothers who are – in effect – producing babies for the care system,for years a hidden problem, and surely a social evil. A mother will have one or more children removed, because of abuse or neglect, grieve for the child or children,and quickly become pregnant again–as if the children had died,the mother wants to replace them. The family courts, the social workers, focus on the child who’s been removed, the mothers receive little help.They often fail to change their lifestyle, or end their addiction, which had led to the original care case. Some of the mothers are very young when they lose their first child. They will come before the Court again – and lose the new baby at birth. They often become pregnant again. I have learned of one mother who has had sixteen successive children removed. In 2014 I made contact with Professor Karen Broadhurst, who is analysing Family Court records for the first time, and reported her initial findings, which for the first time identified the huge scale of this phenomenon:over 7 years nearly 23,000 children in England had been taken into care from these so called “repeat” mothers. Aware that – since the death of Baby Peter Connelly – many social workers are acting more quickly than they did in the past – I asked Professor Broadhurst if she could establish how many babies were actually “born into care” – that is, subject to care proceedings at birth.She told me that the numbers were increasing dramatically, and that many of the babies came from these “repeat” mothers. I coupled this news story with further investigation, including interviews with mothers. The resulting articles on Today and BBC News were very widely picked up, in the UK and worldwide. Both the Prime Minister and Education Secretary were asked about the issue. Over the years I have followed the small number of poorly funded projects which try to break this cycle, notably the Family Drug and Alcohol Court, whose extension I reported in February this year. Michael Gove, the Lord Chancellor, is now looking at “problem solving” courts like these, to try to end these destructive cycles.