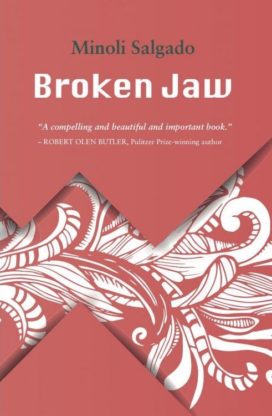 Minoli Salgado is the author of A Little Dust on the Eyes (Peepal Tree Press, 2014), which won the first SI Leeds Literary Prize and was longlisted for the DSC Prize in South Asian Literature, and Writing Sri Lanka: Literature, Resistance and the Politics of Place (Routledge, 2007). Her short stories and poems have been published internationally and she was selected as the Olympic poet for Sri Lanka for the Cultural Olympiad in London 2012. She is Professor of International Writing at Manchester Metropolitan University.

A decade after the Sri Lankan civil war ended, the stories in Broken Jaw challenge oblivion by picking up and piecing together its fragmented histories and its painful aftermath with care, candour and lucidity."