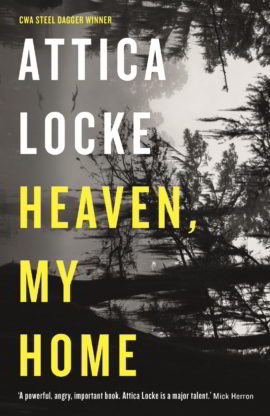 Attica Locke is the author of Bluebird, Bluebird which won the CWA Steel Dagger and an Edgar Award; Pleasantville, which won the 2016 Harper Lee Prize for Legal Fiction and was longlisted for the Baileys Women’s Prize for Fiction; Black Water Rising, which was nominated for an Edgar Award and shortlisted for the Orange Prize; and The Cutting Season, a national bestseller and winner of the Ernest Gaines Award for Literary Excellence. She worked on the adaptation of Celeste Ng’s Little Fires Everywhere and Ava DuVernay’s Netflix series about the Central Park Five, When They See Us. A native of Houston, Texas, Attica lives in Los Angeles, California, with her husband and daughter.

Locke deftly shows how crime novels are the perfect place in which to explore the tensions between different people and communities. Her insightful exploration of a post-Trump world offers something genuinely new."