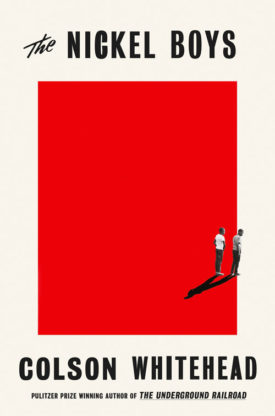 Colson Whitehead was born in 1969, and was raised in Manhattan. After graduating from Harvard College, he started working at the Village Voice, where he wrote reviews of television, books, and music. He is the author of The Nickel Boys, The Underground Railroad, The Noble Hustle, Zone One, Sag Harbor, The Intuitionist, John Henry Days, Apex Hides the Hurt, and one collection of essays, The Colossus of New York. He has received a MacArthur Fellowship, A Guggenheim Fellowship, a Whiting Writers Award, the Dos Passos Prize, and a fellowship at the Cullman Center for Scholars and Writers. He lives in New York City. Before winning this year’s Orwell Prize for Political Fiction, The Nickel Boys also won the Pulitzer Prize, making Whitehead only the fourth writer ever to win the Pulitzer Prize for fiction twice.

An expertly crafted historical novel, The Nickel Boys is as convincing in its character portrayal as it is unsparing in its depiction of corruption and racial brutality. All the while it provides unimpeachable evidence that human dignity and love can provide a beacon for transforming lives that's ultimately more powerful and enduring than violence."