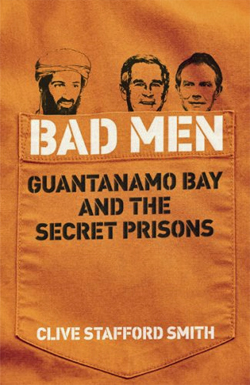 Explosively personal account by a British lawyer who defends Death Row prisoners and Guantanamo Bay detainees. Clive Stafford Smith is the 46-year-old human-rights lawyer who has famously – some would say notoriously – spent more than twenty years in the United States representing prisoners on Death Row. His clients include many detainees in Guantanamo Bay in Cuba, and he established the London-based charity Reprieve, developed to defending human rights in 1999. His book is quite simply, devastating, and many will laugh and cry reading it: laugh in disbelief, and cry in despair at the utter inhumanity and lack of imagination wrapped up in hypocrisy so enormous that it beggars understanding. Yet even in the face of insurmountable odds, Clive Stafford Smith remains an optimist. Few could maintain his capacity for work and his commitment to his clients if he allowed frustration or despair to divert him. His experiences, graphically recounted in this book, have enabled him to shine a bright, unblinking light into the darkest corners of illegality that are being justified by governments in the name of the War on Terror.