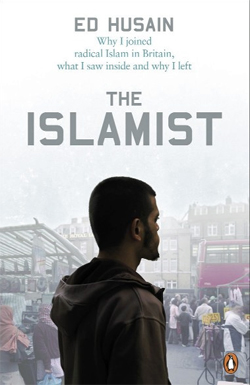 The Islamist: Why I Joined Radical Islam in Britain, What I Saw Inside and Why I Left

When I was sixteen I became an Islamic fundamentalist.  Five years later, after much emotional turmoil, I rejected fundamentalist teachings and returned to normal life and my family. I tried to put my experiences behind me, but as the events of 7/7 unfolded it became clear to me that Islamist groups pose a threat to this country that we — Muslims and non-Muslims alike — do not yet understand. Why are young British Muslims becoming extremists? What are the risks of another home-grown terrorist attack on British soil? By describing my experiences inside these groups, the reasons I joined them and how, after leaving I recovered my faith and mind, I hope to explain the appeal of extremist thought, how fanatics penetrate Muslim communities and the truth behind their agenda of subverting the West and moderate Islam. Writing candidly about life after extremism, I illustrate the depth of the problem that now grips Muslim hearts and minds.  I will lay bare what politicians and Muslim ‘community leaders’ do not want you to know. This is the first time an ex-member openly discusses life within radical Islamic organisations. This is my story.