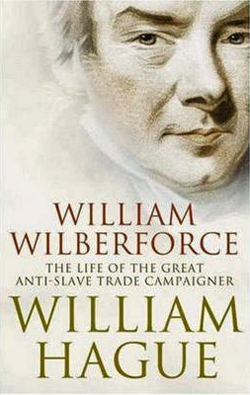 William Wilberforce: The Life of the Great Anti-Slave Trade Campaigner

William Hague has written the life of William Wilberforce who was both a staunch conservative and a tireless campaigner against the slave trade. Hague shows how Wilberforce, after his agonising conversion to evangelical Christianity, was able to lead a powerful tide of opinion, as MP for Hull, against the slave trade, a process which was to take up to half a century to be fully realised. Indeed, he succeeded in rallying to his cause the support in the Commons Debates of some the finest orators in Parliament, having become one of the most respected speakers of those times. Hague examines twenty three crucial years in British political life during which Wilberforce met characters as varied as Louis XVI and Marie Antoinette, Tsar Alexander of Russia, and the one year old future Queen Victoria who used to play at his feet. He was friend and confidant of Pitt, Spencer Perceval and George Canning. He saw these figures raised up or destroyed in twenty three years of war and revolution. Hague presents us with a man who teemed with contradictions: he took up a long list of humanitarian causes, yet on his home turf would show himself to be a firm supporter of the instincts, interests and conservatism of the Yorkshire freeholders who sent him to Parliament. William Hague’s masterful study of this remarkable and pivotal figure in British politics brings to life the great triumphs and shattering disappointments he experienced in his campaign against the slave trade, and shows how immense economic, social and political forces came to join together under the tireless persistence of this unique man.