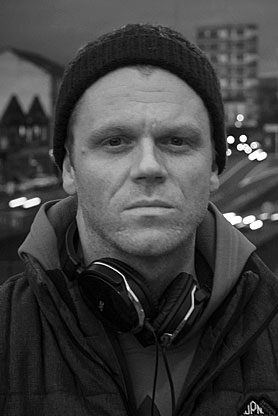 In Darren McGarvey’s Scotland, the activist confronts the rampant rise of poverty and inequality that now affects one in five of us in the UK. Far from ‘poverty porn’, Darren pushes his audience into a far deeper understanding of the true impact of poverty. From drug deaths to domestic abuse, aspiration to crime, poor mental health to life expectancy and far more, this six-part series meets those caught in the grip of poverty and those trying to inspire change. At the same time, Darren explores his own personal struggles, creating an authored series that was well-received by both audiences and critics alike.

“Forget any preconceptions you might have about gritty social documentaries that follow the same lazy (and often voyeuristic) format, Darren McGarvey’s Scotland takes a truly ground-breaking approach.   Darren McGarvey’s journalism is brave, often informed by his own experiences, which not only makes for much richer content, but it also puts him on a level playing field with his interviewees.  He has their trust, allowing people to be in control of their own storytelling.   His poetic, eloquent and reflective broadcasting style arrests and engages the audience with its beauty and candour.  Darren doesn’t shy away from the difficult questions, and often uses it as an opportunity to question his own assumptions and prejudices.  Life is not black and white, and Darren McGarvey’s Scotland demonstrates the difference original and authentic tv storytelling can make to boosting public understanding of the causes of social harm in our society.” Abigail Scott Paul, Judge