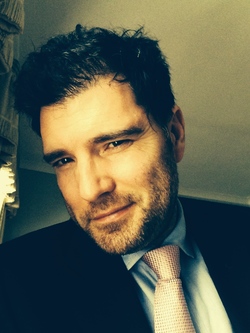 At the age of 14, Karl appeared on the front page of The Daily Mail as the leader of the MAD gang in Brixton pointing an automatic weapon at the camera. He was the leader of one of the most violent and feared gangs in London. He was involved in serious knife and gun crime. He was witness to several murders. Quite literally, he carries the scars. On the day the first interview of the piece was supposed to happen, Edward Docx received the following text: “A very close friend of mine was stabbed severely in the chest yesterday and passed away an hour ago. I’m in the hospital now and won’t be able to meet with you.” Understandably, at this point, Karl stopped taking calls and responding to all communications. When, finally, the connection was re-established, Karl remained reluctant and afraid of both the police and current gang members. The process of building trust was fragile and had to be conducted slowly, patiently and sensitively. The idea for the piece was simple: to render Karl’s world through Karl’s eyes. By approaching the piece in this way, Docx hoped to portray the subject as resonantly as possible without sacrificing the detail and intimacy which the rhetoric around gang-culture so often swamps. From a stylistic point of view, Docx hoped to relay the intensity of Karl’s experience by using the semi-formal idea of a dialogue – but one that took place in the locations of the events described, including the recent murders. In this way, he hoped the emergent story might be clearer and the subject drained of distortions. In the background were two further ideas: first, to tell the story of a demographic that is very seldom told; and second, to capture a slice of life in the capital of Britain in 2014 three miles down the road from the Houses of Parliament. The piece seeks to ask questions and to illuminate. It reports on tragedy but also on redemption. It is a personal story, but it reveals and re-presents a part of our culture. In the best tradition of British journalism, it bears intelligent witness. Most of all, it deserves as wide an audience as possible. To this end – Prospect Magazine worked with Docx to promote the piece across as many social media platforms as possible and it was widely circulated, even reaching the west coast of America via British actress, Thandie Newton, who came came across it and championed it on Twitter. The author would also like to acknowledge that the social media side of publication was run in conjunction with the digital team at Prospect Magazine.