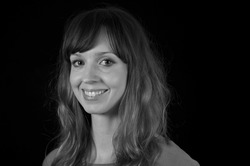 The shirt on your back, The Guardian

THE SHIRT ON YOUR BACK is an interactive documentary about the Rana Plaza disaster in the context of the global fashion industry that knits us all together – it reminds the viewer that we are indeed part of the story. It was the worst industrial accident anywhere in the world for a generation – on 24 April 2013 a nine-story factory building on the outer edges of Dhaka collapsed. More than 1,130 people were killed and twice as many again were injured. They were making clothes sold in our high street stores. Right now, you could be wearing something made by one of them. Guardian journalists investigate the human cost of the global garment industry. This interactive documentary is a thought-provoking look at both the impact of the fast fashion industry, and the tragic events that took place on 24 April 2013. Combining compelling video footage with photography, infographics and written editorial we will take you to where millions make our clothes. While you’re with us, and them, we’ll keep track of how much they earn making our clothes and how much we spend buying them.