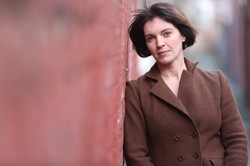 Domestic abuse: how victims are failed by society and the state, The Guardian

I have been writing about domestic abuse for over a year now, and have come to realise that the tragic murders which hit the headlines are far from the only aspect of this horrendous, yet everyday, social evil that demands our urgent concern. Hundreds of thousands of victims and their children live with violence, threat, coercion and control every day of their lives. Some of those lives are blighted for decades. The dynamics of abuse within a family home are typically complex, and the effects can be devastating.