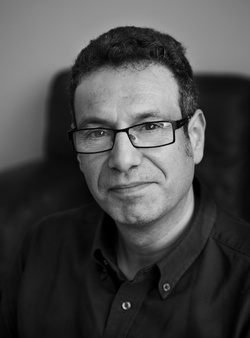 A Great British Housing Crisis exposes how developers, despite making record profits, reduce their affordable housing obligations at a time of intense need. This long-read was researched over a 12 month period. It uses innovative web technology to create what I hope you think is a well-crafted story of systemic social policy failure that blights the lives of hundreds of thousands of people in Britain today. The first half of the investigation ran on Vice News: http://bit.ly/1AiKVsj It also ran as a page lead in the Guardian: http://bit.ly/1AZvCZi The Guardian story prompted a full Guardian editorial three days later: http://bit.ly/1Bnlms4 The long-read was also referred to in an Observer editorial: http://bit.ly/1CaVKPi A Radio 4 File on Four has also been commissioned on the back of my work which will air after the election. The Labour party has indicated to the Bureau that if it gets into power it will fundamentally reform the viability system to make it more transparent as shown at the end of this Bureau story: http://bit.ly/1u9lkQp The Bureau also broadcast an engaging podcast hosted by BBC radio stalwart Owen Bennett-Jones which featured a housebuilder, a councillor who sits on a planning committee and Nick. The final written submission is a piece I wrote analysing the affordable housing delivery record of Britain’s most powerful landowners: the Crown Estate and the Duchy of Cornwall. These two historic estates have plans to build 4,300 homes in 31 schemes. The Bureau found over half the schemes being built by the Crown estate fail to meet local affordable housing targets. Prince Charles’ Duchy of Cornwall fared slightly better but by trawling through planning papers we found the Duchy had backtracked on affordable housing commitments in a number of cases. The story ran as a page lead in the Observer (submitted) The Bureau published a longer version which also examined the affordable delivery record of the Church Commissioners and the Duchy of Westminster.http://bit.ly/1nko1up Our full data analysis is here http://bit.ly/1oE3Eux I also wrote a piece asking why can’t the Crown estate become a social landlord? This ran on the Huffington Post http://huff.to/1daJsNt Members of the Treasury and DCLG Select Committees have subsequently expressed their intention to bring these issues directly to the attention of the Crown Estate.