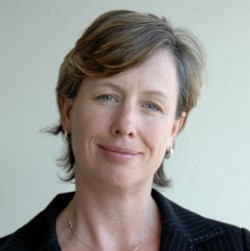 Care of the elderly and vulnerable, BBC

Alison has a long track record of reporting on the realities of life for some of the most vulnerable people in our society, using her detailed knowledge of social care to expose a system that is under pressure. In Undercover Elderly Care: Behind Closed Doors, a Panorama special broadcast in BBC1 prime time, Alison worked with producer Joe Plomin, undercover reporter Alex Lee and assistant producer Ceri Isfryn to put together a powerful programme showing the human cost of poor care. The programme led to a parliamentary debate, widespread national media coverage and the sacking of seven staff at an Essex care home. Social care experts say the programme helped shape the Care Quality Commission’s new inspection regime and describe it as ground-breaking for the way in which it charts the impact on individuals of day to day poor care. This is the third Panorama film on care that Alison has made with producer Joe Plomin in the past three years. The Hospital that Stopped Caring (October 2012) looked at the system failures that allowed abuse at Winterbourne View Hospital for people with learning disabilities and autism to go unchecked. Elderly Care: Condition Critical (June 2013) looked at increases in deaths in homes where poor care was suspected. All three of these films got extremely high audience appreciation ratings. In addition to reporting on what Behind Closed Doors uncovered for all main BBC radio and television news outlets, Alison continued to follow the different strands of the story for the BBC’s flagship TV news programmes at Six and Ten. Three care workers have since been arrested and charged at the Essex home and at another home, Orchid View, a serious case review spelt out the failings that had led to the deaths of some elderly residents. In the last year, Alison has also reported on the pressures faced by home care staff and the failure to move people with learning disabilities closer home.  The stories included in this entry are just a selection of a wide range of stories Alison has done on the care of the elderly and vulnerable in the last year, among them reports on the impact of loneliness and worries over social care funding. It shows a continuing determination to ensure the voices of some of the most marginalised in society are heard.