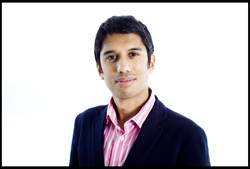 Last year marked the point at which London’s housing crisis went from dinner-party grumble to national front-page news. Luxury flats were snapped up for millions by the super-rich, while entire communities faced the prospect of being shunted out of their homes. This was a story that Aditya Chakrabortty made his own, both reporting from the frontline of London’s housing crisis and analysing its driving forces. His columns have often helped shape the wider debate: the enclosed piece on the Focus E15 Mothers sparked a storm of interest in Britain and around the world; while the article on New Era provoked widespread outrage, forcing the withdrawal just two days later of a party of investors. In his investigative reporting, Aditya brought out the harsh realities of ‘regeneration’ in a landmark piece of long reporting that took up most of a G2 supplement. He also went behind the scenes of a local council overwhelmed by its housing shortage and explored the radical measures it is making to improve things. This submission features polemics, long investigations, videos and data maps. Although Aditya drove each story, they were produced in collaboration with Sophie Robinson-Tillett, Phil Maynard, Guy Grandjean, George Arnett. Together, we believe they make a compelling candidate for the inaugural Orwell Prize for Exposing Britain’s Social Evils.