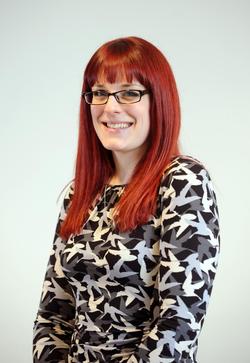 I am submitting on behalf of The Yorkshire Post’s Loneliness: The Hidden Epidemic campaign, which launched in February 2014. The majority of work has been done by myself, with initial reporting by Ben Barnett, video journalism by Peter McNerney and photography by Bruce Rollinson.

Additional reporting and video can be found at www.yorkshirepost.co.uk/loneliness We launched the Loneliness: The Hidden Epidemic campaign with two main aims, for loneliness to be universally recognised as a health priority in our communities and to encourage our readers to volunteer for support services. Back then, nine of the region’s health and wellbeing boards failed to give significant mention of loneliness and social isolation in their overarching strategies, a crucial document that sets out priorities for health and social care for the coming years. Four of these have now pledged action, but we want a firm commitment from all local authorities to tackle loneliness, which takes it toll on 91,300 older people in our region. The campaign has received high-profile support from leading politicians, including Deputy Prime Minister Nick Clegg and Health Secretary Jeremy Hunt, charities like Contact the Elderly, Independent Age and Friends of the Elderly, and Silver Line founder Esther Rantzen. On April 8, the campaign took a huge step forward when it was asked by the national charity, the Campaign to End Loneliness to chair amd host a summit on loneliness. Almost 100 people attended and it brought together experts working on the ground to share best practice. During the last year we’ve seen investment in tackling loneliness in Calderdale, where £1m was set aside for voluntary and community groups working on loneliness, and in North Yorkshire where a similar amount was also set aside. There too, separate funding was given to a community connect service working in the most remote areas of the Yorkshire Dales and North York Moors. Leeds Council credited The Yorkshire Post’s campaign for their part in highlighting the issue in its winning bid for £6m of lottery funding in September. A project in Sheffield also won £6m. In May our campaign beat competition from 29 newspapers to win the Newspaper Society’s Making a Difference award, which highlighted the difference local newspapers can make in their communities, and was voted for by the public. In November, we were shortlisted alongside The Sunday Times, The Guardian and other national titles at the Older People In The Media Awards in the Best Factual Newspaper or Magazine Article About Older People’s Issues category. But perhaps most importantly, over the last 12 months The Yorkshire Post has also told the stories of real people suffering from loneliness, from the disabled pensioner stuck in her own home with only the TV for company, to the elderly man whose life has been transformed by weekly visits from a befriending service. As the anniversary of the first year of campaigning approaches, we are continuing to put pressure both locally and nationally on the authorities to take the issue seriously and are also preparing to launch two important initiatives which take the campaign back to the people who matter – those suffering from loneliness. In February we will host the first Friendship Lunch in a North Yorkshire pub, aimed at people who may not get out of the house much, and we will also launch an audio archive of real people telling their stories of loneliness on our website. This hard-hitting multi-media campaign will strike in a way that statistics sometimes do not.