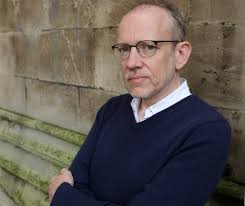 James Meek is a writer and journalist, the author of five novels, most recently The Heart Broke In, and two books of short stories, as well as Private Island, a collection of essays about privatisation. His novel The People’s Act of Love won the Ondaatje Prize and was nominated for the Booker Prize. Meek was named Foreign Correspondent of the Year in 2004 in Britain’s Press Awards for his reporting on Iraq and Guantanamo Bay. He worked for the Guardian from 1994 to 2006. He is a contributing editor to the London Review of Books. Taken from The Guardian